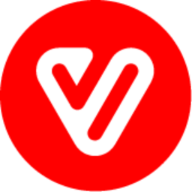 VoxSmart has been announced as among 100 UK Fintech firms transforming the banking and compliance industry.

Manchester-based technology and business magazine Business Cloud announced their 100 UK disrupters, whittled down from a shortlist of 250 firms across banking, personal finance, payments, insurance, investments, charitable donations, accountancy and compliance. The final ranking was decided by a combination of selections from an expert judging panel and a public vote.

The expert judges were from a wide range of leading firms, associations and bodies dedicated to promoting UK FinTech including techUK, FinTech North & FinTech West and the University of Liverpool. The UK FinTech industry is one of the world´s hotbeds for tech innovation and has received significant interest from investors in recent years, amounting to over $4.9 billion in investment in 2019.

VoxSmart's technology, including award-winning Mobile Capture software, Communications Surveillance and Trade Reconstruction technology, is leading the way in the capital markets surveillance landscape. With a strong footprint in the UK and Europe, VoxSmart also has a client base in North America and Asia-Pacific. Having recently participating in Newfound Market Missions to Australia the firm is actively exploring new markets to expand its global footprint.

The news follows a rapid period of growth for VoxSmart, which has seen their head count rise from 10 to over 70 in the last 3 years. Earlier this year the firm announced a $7M funding round with NatWest and is current in the process of fundraising for their Series B round, due to be completed by the end of this year.

VoxSmart were new entrants to the list this year and featured alongside well-known brands such as Revolut, Clear Bank and Monzo.

We have gathered six months of capital markets communication data and produced a high-level report highlighting some of the key insights and trends we have witnessed unfold since the start of the global pandemic. download now.